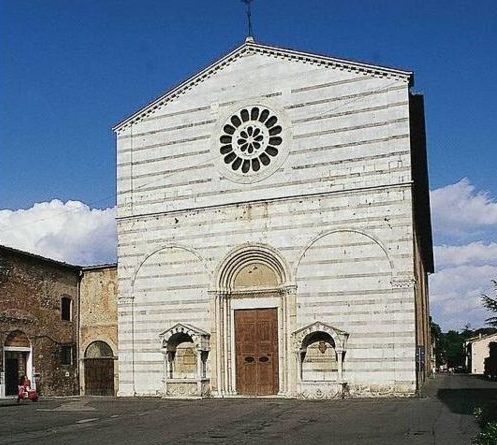 The NOSA-ITACA code has been applied to model the static behaviour of the Church of San Francesco, in Lucca, in the framework of some restoration and strengthening operations funded by the Fondazione Cassa di Risparmio di Lucca.

The church of San Francesco, dating back to the 13th century, is a typical Franciscan masonry building with one nave, about 70 m long, 16 m wide and 19 m high. The nave is closed on the west by the façade overlooking the square of San Francesco and on the east by the apse. The northern wall leans against the portico of the monastery cloister; the southern wall, completely free, runs along the street named via della Quarquonia.

The code allowed evaluating the seismic vulnerability of the building, before and after the strengthening operations. In particular, a metallic framework has been introduced at the roof level and its effect on the building’s safety under horizontal actions numerically evaluated.